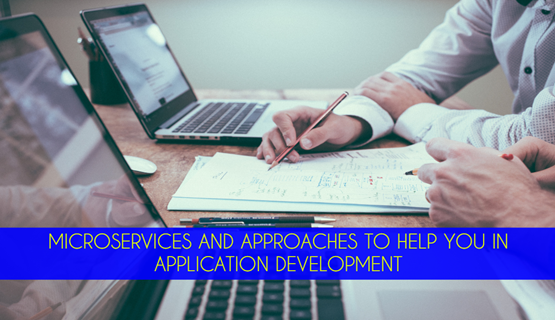 KNOW THE BEST PRACTICES TO KEEP MICROSERVICES SAFE : Today we bring new article about Microservices. Here, we discuss about it advantages and best practices for securing microservices.

Understanding the microservices approach lies in envisioning the cardinal issues of monoliths. Monolith is considered a classic method of service deployment. Where individual interfaces relied on a single, distant packaged application on a mainframe. It can be also termed to be known for overwhelmingly powerful on the network solving multiple clients in a vertical stack.

In monolithic analogy, the codebase would have directly siloed into a single codebase. Which defines your centralized working system over a single interface. So, primarily the entire codebase is being handled by a single developer making it more strenuous.

It is not the same in the case of microservices, where everything is segmented. In case of any error, you don’t really need to cast around the entire codebase. But only look errors in a particular segment depending upon the nature of the application. It won’t hamper time, relative efficiency and resulting output. Arising incompetence can be easily iterated or replaced by providing a defined scope for better application. Without hampering the entire services that could have affected the software application development.

Pros are just a list of dominance in Microservices: Know more of its Advantages

A significant benefit of microservices is that the application development and requisite iterations involving costs can be reduced over time. Making small changes during and post developments becomes a much easier task for the developers bringing positive outcomes for the end-user.

In a microservice architecture, issues are isolated as bugs in design, codes and in-testing which particularly affect or bring changes to a single segment of the application. Yes, they are easier to be taken care of leading to quicker repairs or updates.

Here, the coding process is entirely decoupled, giving the coding ecosystem an independent endpoint making the development team interaction with the codes a bit straightforward. The problem with the monolith approach is that it focuses to build a service to provide a particular function completely that’s never modular. At a certain point, the monolith can grow large as the complexities inside an application increase.

A significant benefit of microservices is extensibility that differentiates the entire development regime from monoliths. This is usually tied to a single technology framework but microservices can host a wide array of technologies or languages within a single ecosystem, which allows quick changes and innovation in the business logic that precisely helps the end-user.

Microservices being a standard approach available in network architecture, can hide all the complexities of hardware, operating systems and other toolkits, making it easier to manage.

Microservice demands are rising upscale and could probably the easiest way to start your organization’s online move. With less upfront cost and a believe to delivering solutions on demand can raise your business to high-level growth. With thousands of examples in the market, microservices are modern consumer applications with subtle interface actions that could drive easier technical interactions to accomplish a needed business task for sure. Developers can segment each function while maintaining minimal codes with leading innovation and high deliverability.

An efficient developer team can increase their understanding by identifying the key services required by stakeholders or consumer insight to deliver either internally or externally. You can have simplified examples such as a public e-commerce microservice used for providing general product information, maintain the status quo, managing orders, or different other functionalities in an application lets others connect with your back-end infrastructure quickly and easily.

ESBs or Enterprise Service Buses also help in speeding up the development process of creating microservices. In a Service-oriented architecture like microservices, ESB helps to procure communication systems between software applications making it easier for different applications to interact with multiple capabilities.

Traceability, visibility and compartmentalization are three guiding principles and are considered the golden ways of securing application in microservices.

Rapid transformation and technology influx have led the market to a new horizon. Microservices, though has leveraged the task of developers but building security among applications is always a top priority for technology vendors considered for software outsourcing services at best. Security and operation teams plunge to upright innovations to make sure every application fit customer requirement.

Improving security brings the entire business logic to greatness and procures a clear idea of not falling to risks for the development teams while approaching outcomes.

Microservices helps developers integrating with the workflows and tooling teams with appropriate APIs, thus making it easier to use for the end-users.

By working within the developers’ chosen workflow and automating as much as possible. Security teams can keep the speed/agility benefits of microservices while still ensuring security checks are in place, which leads to a related principle, continuous security visibility.

Automating the processes will resonate with securing microservices. The whole microservice premises is self-contained and their value arises from connection with other services. So, a properly secured inter-relationship between application give microservice an edge before the monoliths.

Organizations rely on tests and look at every required line of codes to accelerate between applications so that it operates without any hassle for the customer. It eases the developer survey to bereft regular changes in the application.

In a critical distributed system, microservices help to limit security concerns and keeping the data safe as well as reserved.

In monolithic applications, developers struggle to iterate without breaking the processes which introduce security issue each time. It becomes more difficult to manage the application and verify thing every time.

But in microservices, the security radius increases with each independent application source such as tokens that store sensitive data without the data moving, thus protecting it. This approach allows you to implement much finer grained access control better known as compartmentalization.

The complete process is driven by automation thus securing the entire application for the end-users.

Microservices bear an ardent consideration for organizations to jump into a satisfying technology era. With much for the design, APIs and specified toolkits. Development benefits can easily derived for the betterment of customer satisfaction. Considering monoliths vs microservices, both are designed for specific purposes. But relishing the ease of driving technical forces to marketplace microservices will surely hold the key to unlock greater benefits.

This Website is not intended to promote or condone piracy in any way whatsoever. Piracy is an act of crime and is considered to be a serious offense under the Copyright Act of 1957. This page aims to inform and encourage the general public to be safe from acts of piracy. We also ask you not to encourage or engage in any form of piracy.