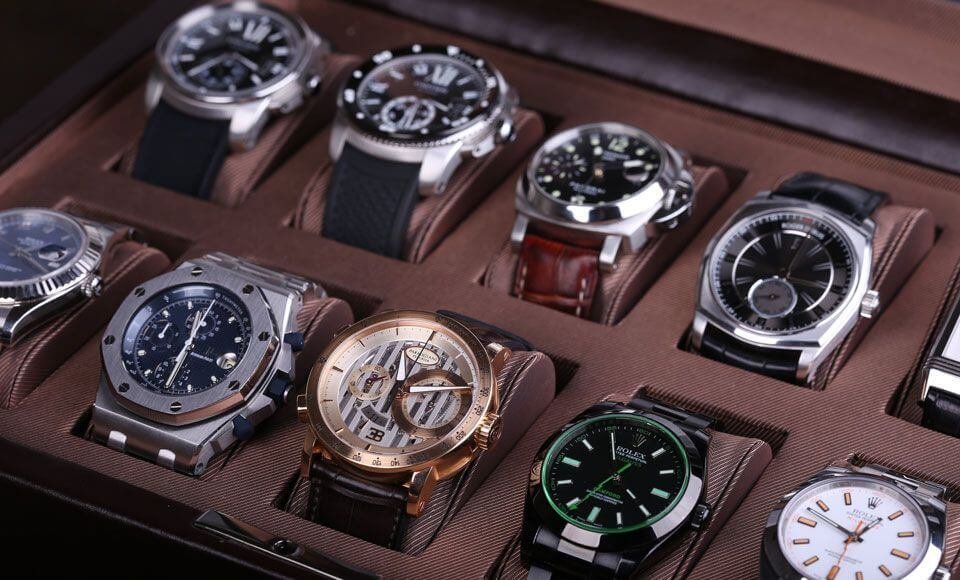 Since the dawn of timekeeping, a Swiss watch has been an emblem of power, influence, and luxury. The Swiss watch market’s undeniable role, as well as its exorbitant prices, are determined by artistry and quality. However, some of the brand names have placed themselves to deliver wristwear at significantly lower prices than most Swiss companies.

Consequently, you’ll find the best reasonably priced Swiss watch brands selling watches for well under a four-figure total amount. Aside from its inexpensive price, you can be certain that its quality and functions are world-class. Well, they’re still Swiss-made. Here are some of the Swiss brands that can be a savior and friend if you’re searching for watches with elegance and practicality in mind.

Tissot is a well-known brand, owing to numerous partnerships with various sporting events and athletes like  Primož Roglič and Damian Lillard. The corporation is also one of the longest-running on this ranking, having been founded in 1853 by father-son team Charles-Felicien Tissot and Charles-Emile Tissot.

Tissot has manufactured excellent and high-quality watches for a wide range of tastes over its 160-year history, from elegant dress wrist wear to solar sports pieces and professional diver’s watches. Tissot watches are made of solid materials such as scratch-resistant sapphire crystal, ultra-light and antimagnetic titanium, and heat- and scratch-resistant stainless steel.

Swiss-made watch movements include the one-of-a-kind Powermatic 80 mechanism, an automatic movement with an 80-hour power reserve, and lower prices. Tissot Visodate, Tissot Chemin Des Tourelles, Seastar 1000 and Supersport Chrono, Tissot T-Touch, and Tissot Couturier are among the most noteworthy collections.

Hamilton is yet another excellent name on this lineup of inexpensive Swiss watchmakers. Though the company began as an American brand with celebrity status in the United States, it was purchased by the Swiss in the early 1970s. In 1984, it was joined with the Swatch Group.

Hamilton is regarded as a mid-priced company with a rich history. Many watch enthusiasts believe it is underappreciated, given the price-quality ratio at which the watches are marketed, which is a welcome achievement for those searching for the right value-for-money vintage pieces.

Hamilton’s notoriety is another component that adds value. For example, Elvis Presley was a fan of the Hamilton Ventura, and designed specifically Hamilton watches that appeared in the hit movies Tenet (2020), The Martian (2015), and Interstellar (2015). (2014). The brand has prioritized the production of dependable sports and military-style watches with automatic and quartz ETA movements. They are greatly regarded by outdoorsy types because they are tough, sturdy, and adaptable. Classic dress watches are also available, reiterating American fashions from the early quarter of the 20th century.

Victorinox is best known for its Army knives, but the company has only recently joined the watchmaking sector. Despite the fact that Victorinox has only been making watches since 1989, relatively short duration in aspects of reputation building, the company has proven its worth and dependability. Today, Victorinox is a well-known Swiss watchmaker that produces timepieces for both the military and the general public in the form of chronograph, dress, and dive watches.

Victorinox wristwear is designed to be extremely long-lasting. For example, the I.N.O.X collection watches must pass 130 resistance tests before they can be sold. Scratch-resistant sapphire crystal, titanium- and carbon-finished surfaces, and stainless steel are all main tools used in the supply chain, not just for I.N.O.X wristwatches, but also for other segments. Victorinox, like the majority of Swiss watchmakers, uses ETA-supplied automatic and quartz movements.

Victorinox has five watch collections: Fieldforce and I.N.O.X timepieces are ideal for diving, military, and sports. Maverick and Alliance watches are appropriate for a variety of situations while Airboss mechanical wristwear is ideal for aviators.

Raymond Weil was established in 1976 and its eye for detail is world-class, making its timepieces are deserving of the word “luxurious.” Music inspires the brand’s watch design, as many items have names derived from musical terms such as Mozart, Maestro, and Toccata. They are constantly improving their technical expertise and equipment, allowing for computer-aided design and manufacturing of new designs. The in-house mechanical movement, visible in most watches at 6 o’clock on the dial, is among the trademarks of the brand.

This brand began as a flatware set house in 1893 and, alongside Victorinox, was a provider of Swiss Army knives. Wenger is also the watch industry’s new kid in town when the first wristwear was released in 1988. Wenger was purchased by Victorinox in 2005, paving the way for more highly focused watch manufacturing than previously. Fashionable sports-oriented watches and classic dress watches that are larger than typical wristwear are among the styles available.

The majority of the brand’s timepieces are quartz-powered, with only a few pieces ready with automatic movement. The components are more subdued when compared to Victorinox, but so are the price levels. Despite this, Wenger’s watches are of reasonable quality. Wenger’s wristwear is divided into three categories: sports timepieces in the Seaforce and Roadster collections, casual watches in the Attitude collection, and classic timepieces in the Urban, Avenue, and City collections.

Rado is one of the big names listed of cost-effective Swiss watchmakers. The company was founded in 1917 and now produces approximately half a million timepieces annually. Rado is well-known for its high-quality, cutting-edge materials. In 1962, the legendary DiaStar watch made of ceramic, for example, was the world’s first scratch-proof watch. Not only ceramic but some hard metals and sapphire crystals that were rare at the time were made available to the general public.

Rado watches are made up of solid metals, stainless steel, and ceramic, while their bracelets are made of ceramic, steel, leather, or fabric. Although automatic movements are commonly used, manual mechanical and quartz timepieces are also available. Rado is known for its classic wristwear, so these timepieces are best suited for formal attire.

Calling a watch brand Swiss-made does not only mean it’s made in Switzerland. The company must comply with numerous requirements to be labeled. A watch must have a minimum of 60% Swiss value in order to bear the Swiss Made tag. Furthermore, the watch must be inspected and cased in Switzerland, and it must use a Swiss movement worth 60% of its Swiss value. Among the affordable watches mentioned, Wenger makes the most affordable pieces though some of its models carry heftier price tags as well.

Roblox Mod Apk: What you to know about it.

How to Claim Your Free Robux From ClaimtheRobux.com