Top 5 Tips to Improve Your Skills at Dota 2 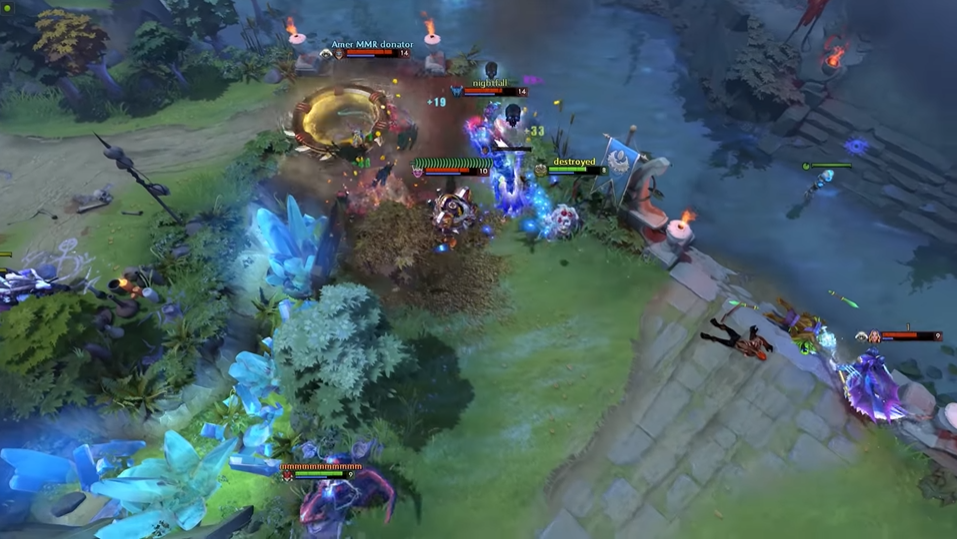 Dota 2 may look like a straightforward game at the outset, but there is hardly anything as complex as this one. Not only is it hard to master but finding one’s way up the rank is something very challenging. If you are having a tough time moving up then, there may be many things you may be doing wrong. Meanwhile, many of you may be aware of the game’s basis, but when it comes to picking heroes, executing strategies ad playing proper roles, you fall into a fix.

Many players blatantly copy the pros. Although you must follow the pro players, you must know the reasons to follow them. A great example may be dragging the creeps while your squad pushes the enemy tower to bring that down. Hence, we are here today to give you some fruitful exclusive Dota 2 cheats to work up the MMR by getting a lot of kills.

It is not the individual efforts that count in Dota 2. Remember that no one can carry this game single-handedly. This aspect is the one that sets the pro players from the amateurs. Also, chances of survival after your solo attempt are the bleakest, so why waste time doing so? You need to learn from the pro players that they will not engage in any fight unless it is essential.

And, even if they do take up fights, they are more than 100% confident that they will do well enough. You are a mid-laner player; you can improve upon this skill by looking up the world’s top midlaners and their gameplay. Thus, we reiterate that whether you are a core or support. Do not ever go alone. Instead, gank the enemy hero with more than one ally. This step will enhance your survival chances even if you do not take down the enemy hero.

We forget about most things when we are too absorbed in the game. We completely ignore the counter runes beside the zero-minute rune. Those who do not know what runes are are special power-ups that originate at one of two river locations. They do not originate at the game’s start but start at the 2-minute mark. However, after the 40 minutes are over, power-up runes will emerge on both locations.

You have to keep in mind the timer when playing Dota 2. That is because post the 40-minute timer, this same Power-up Rune will not originate at once at both the locations or twice at the same spot. Thus, use the runes to the best of your abilities by timing attacks and ganking with power-ups. Here are some rules you can use- regeneration rune, double-damage rune, invisibility rune, and haste rune.

A thing that sets apart good Dota 2 players from the average ones is the understanding of the enemy team’s heroes. This step can take you far if you already know what your opponents are capable of doing. There may be no benefit in rubbing Butterfly the wrong way. That is because your enemy carry may already be leading to a monkey-king bar.

If your opponent has cultivated Evasion’s Talisman, then he may go for the Butterfly. Now, instead of stacking up attack speed or damage, you must go to the MKB since you will miss a good 35 percent of your attacks opposing the Butterfly.

After the game is finished early, you have the difficult choice of choosing the late game articles. Unless you are the game’s core, you will get plenty of game items that will help you later. Thus, it would be best if you always kept things you can use in your late game.  You can disassemble many items to make other articles. For instance, you can dismantle the Basilius Ring to make the Shadows’ Urn or Courage Medallion, based on your need.

If you want to become a skilled-Dota 2 player, you have to have full awareness of the map. Map awareness involves making mental notes about the heroes’ location after quickly glancing at the mini-map. Developing an understanding of the map is difficult, especially if you are a newbie. But, this skill will serve you well if you concentrate on developing it.

Master playing a few heroes out of the hundreds of Dota 2 heroes and utilize the map awareness to guide your hero’s movements around the map. We hope our tips help you avoid hostile situations and plan attacks head-on. If there is anything we miss out on, do let us know in the comments.